Douglas Development Corp. got Wawa for Adams Morgan, and now it’s getting out.

The D.C.-based developer and landlord has retained Calkain’s Andrew Fallonand Rick Fernandez to sell the ground-floor space at 2424 18th St. NW that was recently leased to Pennsylvania-based convenience store chain, Calkain Cos. announced. The property is expected to be listed in the first quarter of 2019.

The 6,400-square-foot condo, formerly home to BicycleSpace, has an assessed value of $3.15 million, according to the D.C. tax office.

“This is the type of asset that should appeal to the global market of institutional and private investors who know Wawa and who want to invest in Washington, D.C.,” said Fallon, Calkain’s executive managing director, in a statement.

According to Calkain, the Adams Morgan Wawa could open as soon as the spring, though permits for the buildout were only submitted in October and have not yet been issued.

Wawa has announced five D.C. stores, one of which opened a year ago at 1111 19th St. NW. Others previously announced: Georgetown (opening soon), Tenleytown and Columbia Heights, in addition to Adams Morgan. The chain expects to open roughly 20 stores in D.C. proper over the next five years and as many as 50 across Greater Washington over time.

Calkain specializes in assisting buyers and sellers of net-leased properties. 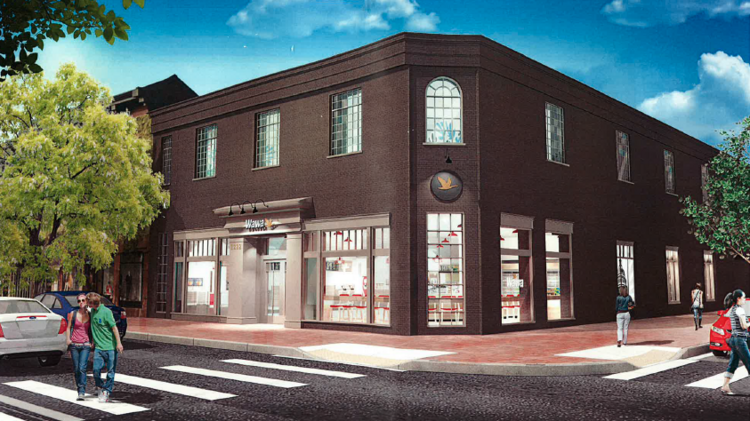 The Georgetown Wawa on Wisconsin Avenue, in the former Restoration Hardware space, is still listed as having a fall 2018 opening.

Is a Zero Cash Flow Investment Right for You?

3 Tips for Conducting Due Diligence in Net Lease Investing

Are You Ready to Invest?

Net Lease Advisor provides insight into a wide range of net lease tenants to help you make an informed decision about your investment.